Temple Arch To Baal Dedicated In NYC. Author Of “The Book Of Mysteries” Reports On Location

Monday afternoon, Sept. 19, 2016. It happened in the city of the harbingers of judgment – New York City. No one who erected it or who unveiled it had any idea what they were doing – just as with the harbingers – but they did it anyway. One of the centers of Baal worship in ancient times was Palmyra, Syria. The city contained not one but two prominent temples to Baal. The Romans erected an arch there to lead to the Temple of Baal. So the worshipers of Baal would walk through the arch and approach the temple in which they would venerate their god. This arch that led to the Temple of Baal was reproduced down to the smallest detail and erected in New York City…

Trump To Netanyahu: If I Am Elected President, US Will Recognize Biblical Covenant Of Undivided Jerusalem As Israel’s Capital

During a meeting with Israeli Prime Minister Benjamin Netanyahu in New York on Sunday, Republican presidential candidate Donald Trump said that if elected, the United States would recognize an undivided Jerusalem as the capital of the State of Israel. The eighty-minute meeting was held in the business mogul’s eponymous towers in downtown Manhattan. Netanyahu is set to meet with Democratic presidential nominee Clinton at around 6:00 pm EST (2200 GMT). During the meeting, Trump reportedly told Netanyahu that, if elected, “a Trump administration will finally accept the long-standing Congressional mandate to recognize Jerusalem as the undivided capital of the State of Israel,” his campaign said in a statement.

The criminal situation in Sweden may be heading for an even worse turn as a new report has shown that the vast majority of the Swedish police force is so unhappy they are looking into other careers. Sweden has been rocked by increasing levels of criminality from sex attacks at music festivals, hand grenade attacks and violence toward the police in areas populated mostly by migrants.

For the third consecutive week, ratings for the National Football League (NFL) have plummeted, as players continue anti-American protests during the playing of the national anthem. This week’s drop-off also coincided with the Monday broadcast of the first presidential debate between Republican nominee Donald Trump and Democrat nominee Hillary Clinton.

The Phony Threat of a "Palestinian Majority"

A group advocating Palestinian statehood took out a full-page ad in The New York Times last week to warn that there will be "a Palestinian majority" in Israel in less than a decade unless such a state is created.

The staggering amount of debt held by the American empire ensures the public will be working it off for generations to come. The government has already begun its campaign to make it more difficult to leave the country, and it has also begun to crack down on the finances of the eight million Americans living abroad.

An expert involved in the approval process for the human papilloma virus (HPV) vaccines Gardasil and Cervarix, is speaking out about the dangers and why you shouldn’t risk your child’s health in getting them. Diane Harper, M.D., professor and chair of the department…

In a move that is casting some serious doubt on assumptions about reproduction that have been held for centuries, scientists have just managed to breed mice without the need for fertilized eggs. The team of embryologists at the UK’s University of Bath injected sperm…

According to the Food and Drug Administration, the amount of aluminum in modern vaccines that infants are exposed to in their first year is about 4.225 mg, which the agency considers to be low, and thus safe. But some experts believe that there are vaccines being given…

US Defense Secretary Ash Carter made a stunning admission to Congress this week, suggesting that the 9/11 victims bill could open the floodgates in exposing the U.S. government in its role for orchestrating the Sept. 11 attacks. Carter wrote a detailed letter to […]

John Kerry Warns Diplomatic Ties With Russia About To End

US Secretary of State John Kerry has threatened to cut all diplomatic ties with Russia, in a bleak deterioration in US-Russia relations this week. The US State Department confirmed that Kerry issued an ultimatum to his Russian counterpart, Sergey Lavrov, warning him […]

Hollywood’s elite are rushing to purchase luxury doomsday bunkers in Los Angeles according to reports by real estate agents in the area. Global anxiety over the chance of World War 3 occurring has fuelled panic purchases by Oscar winners, sports stars, and […]

Russia has intelligence that suggests ISIS terrorists are planning to launch a chemical attack against the Syrian army and residents in Aleppo. The Russian Defense Ministry say that the terrorists will use chemical weapons on soldiers and citizens, and then accuse the […]

Scientists and marine biologists are concerned that there is a 100% death rate among newborn baby killer whales (ocras) along the Pacific Coast. For decades the oceans have been slowly polluted by toxins and heavy metals as a result of the chemical waste produced by […]

This week, our nation and the rest of the world face a looming deadline that will forever alter the future of cyber security, free speech and Internet freedom. The Obama administration plans to hand over control of the Internet to a faceless multinational corporation, […]

Saudi Arabia and its allies could retaliate against US legislation allowing the kingdom to be sued for the 9/11 attacks, including scaling back investment in the US economy or restricting access to important regional air bases, experts claim.

Hillary, If You Really Believe “Every Life Matters and One Murder is Too Many,” Why Support Abortion?

Some said it was the most important 90 minutes of our time, but Monday night’s Presidential Debate between Republican Donald Trump and Democrat

Let’s Lock The Door To Islam 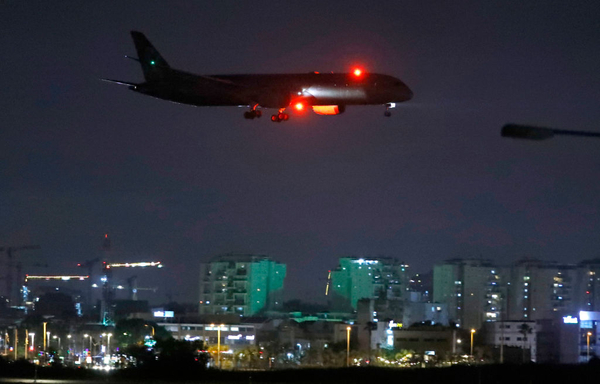 Geert Wilders during his March 2014 speech, where he asked "Do you want more or fewer Moroccans?" (Image source: nos.nl video screenshot)

Yesterday, I visited Maassluis. It is a town near Rotterdam, where the indigenous Dutch inhabitants have become the victims of immigrant youths of Moroccan descent.

Cars have been demolished, houses vandalized, people threatened. The Dutch no longer feel free and safe in their own city. When the local radio station interviewed some of the victims and referred to the perpetrators as Moroccans, it received an anonymous letter: "You are racists! Your time will come! I won’t take care of it because I am too old. But our boys are the new soldiers."

Maassluis. It is just one of the many Dutch towns and neighborhoods terrorized by Moroccan or Turkish youth gangs. Others are Schilderswijk, Oosterwei, Kanaleneiland, Zaandam, Helmond. Not surprisingly, a poll shows that 43% of the Dutch people want fewer Moroccan immigrants in our country. These people are not racists; they are decent people, patriots who love their country and do not want to lose it.

PSALM 83 WATCH: All Eyes On Israel As She Comes Under Attack From Terrorists

Dr . Kevin Clarkson discusses the recent attacks made by Hezbollah and Hamas in relation to Psalm 83.

The BG Staff for the Baltimore Gazette reports The first presidential debate was held and CNN declared Hillary Clinton the winner despite polls that show otherwise. But how was she able to turn in a strong debate performance.

With regard to self-granted federal regulations, the federally controlled medical management agencies in this country, have granted themselves the right to declare someone a medical threat for an absolutely harmless illness and then ship these people off to a FEMA camp which is operating under the guise as medical detainment facility, however, it operates with […]