It’s weather madness on both sides of the Atlantic as parts the US records lowest cold; parts of Europe record highest warmth in living memory

Earthwindmap
Weather madness hits the Northern Hemisphere as extremes are recorded on both sides of the Atlantic.
While parts of the US are colder than Mars and are expected to have the coldest new years eve in living memoryHolland is enjoying it’s warmest new years eve in living memory as the Limburg town of Ell recorded a temperature of 14 deg C (57. 2 deg F).
The previous record was established in 2006 when it was 13.3 degrees in Woensdrecht.
Holland is currently warmer than parts of Spain, Greece and parts of Italy.
Southern UK is also witnessing record warm temperatures but Scotland is expected to plunge to -2 deg C.
STORM Dylan could pose a “danger to life” today as heavy rain and gusts of up to 80mph are due to hit parts of the UK early today.
Forecasters warned of flying debris from strong winds in Northern England, Northern Ireland and Scotland.

Illustrative: Palestinians run for cover as sand and smoke rise following an Israeli airstrike on a Hamas post in the northern Gaza Strip on February 6, 2017. (Mohammed Abed/AFP)

Israeli jets on Saturday night carried out a second round of airstrikes in southern Gaza in retaliation for three mortar shells fired at Israel on Friday.

The Israeli Air Force struck a Hamas post in the coastal enclave, according to a statement from the IDF just before midnight.

Following the retaliatory raid, the army accused Iran of attempting to spark a war between Israel and Gaza terror groups and putting the lives of Palestinians in danger.

“The serious fire on Friday proved again that Iran, through rogue and extremist terrorist groups, is working to deteriorate the regional situation, is playing with the lives of Gaza residents, and may lead the Strip to an escalation [of hostilities] after years of quiet,” the IDF said.

Assad may have retaken the Syrian Golan, but Iran is pulling the strings

An IDF vehicle drives along the road parallel to the border fence separating the Israeli and Syrian regions of the Golan Heights, July 19, 2017. (AFP/MENAHEM KAHANA)

The evacuation of several hundred Syrian rebels from the Beit Jinn area on the Syrian side of the Golan Heights over the weekend puts Israel in an old-new position on the border. Assad’s army is once again at the fences, just like they were from 1967 to 2011.

In the southern Golan, a few pockets of resistance remain from supporters of the Islamic State, or as they are known locally, the Khalid Ibn Walid Army, but beyond that, the Syrians have almost completely retaken control of the border with Israel.

On the other side, no moderate forces remain that would maintain some relative cooperation with Israel or keep the Shiite or Sunni extremists at bay. The actual evacuation took place quietly, and the buses carrying nearly all the rebels and their supporters have already made their way from the slopes of Mount Hermon to the last bastion belonging to the (relatively) moderate opposition, in the Idlib area.

New Year’s Arctic Outbreak to Bring Record Lows to the Plains, Midwest and East Through Tuesday

A long-lived Arctic cold outbreak will be reinforced this New Year’s weekend in the Plains, Midwest, South and East, shattering more daily records into the first days of 2018.

The latest blast of Arctic air plunged into the northern Rockies, Plains and upper Midwest Friday into Saturday.

Wind chills as cold as 55 degrees below zero were recorded in parts of North Dakota Saturday morning.

Minneapolis/St. Paul only managed a high of minus 6 degrees Saturday afternoon, which tied the record-cold high temperature for the date, originally set Dec. 30, 1976.

(Natural News) Once again the so-called “mainstream” media is showing its true colors by lining up with lawbreakers and hooligans over the law-abiding citizenry.

This time it’s a regular offender, The Washington Post, which has decided that drunk driving is fine and dandy so long as it’s an illegal alien who’s doing the drinking and … [Read More…]

North Korea promised on Saturday to continue preparing “pre-emptive attacks with nuclear force” in the face of U.S. “blackmail,” according to The Associated Press. “Do not expect any change in its policy,” the state’s official media arm, the Korean Central News Agency (KCNA) said Saturday. “Its entity as an invincible power can neither be undermined nor be stamped out.” KCNA said North Korea has been working toward “bolstering the capabilities for self-defense and pre-emptive attacks with nuclear force,” in response to ongoing “nuclear threat and blackmail and war drills” by the U.S.

North Korea has tested missiles at least 16 times in 2017, and threatened the use of a hydrogen bomb small enough to fit on a missile. More than one North Korean missile flew into the air space of neighboring Japan, and new models have flown to heights that some military analysts predict could reach the mainland U.S. Increased provocations from North Korea have led to the implementation of crippling sanctions from the United Nations in the form of trade and crude oil bans, and bombastic rhetoric from President Trump

Nations Security Council from importing natural gas and had its crude oil imports capped in response to Kim Jong Un’s nuclear missile program. The U.S. Treasury in November also sanctioned North Korea’s Maritime Administration and its transport ministry, in addition to six North Korean shipping and trading companies and 20 of their vessels, in an effort to block the rogue regime’s transportation network

The US is colder than the surface of Mars and Niagara Falls has turned to ice as temperatures plummet to record-breaking lows — leading to frozen sharks washing up on the beach. It is set to be the coldest New Year in living memory as 220 million Americans wrap up to face lows of -37 degrees Celsius. The crippling cold has brought transit systems grinding to a halt in Boston while there were 30 crashes in one Michigan county alone on Friday morning due to treacherous icy roads. Fountains froze over in New

York where New Years Eve partygoers are being warned to lay off the booze and bring some hand warmers to see the famous big ball drop in Times Square as forecasters say it will hit -11C. The National Weather Service has warned of hypothermia and frostbite across the country. A dog in Ohio was found frozen solid on a front porch — while three Atlantic White Sharks have been found frozen solid having been washed up on Cape Cod Bay, Massachusetts over the last three days.

Authorities in California have approved the use of state-wide wireless charging systems that transmit electricity from up to 3 feet away.

Energous, a San Jose company, is the first firm to receive a certificate from the Federal Communications Commission (FCC) for their “WattUp Mid Field transmitter,” which uses radio frequency energy to deliver power to various devices.

Millions of Iranian citizens are rising up against the totalitarian government of Iran and rejecting the Deep State-installed regime. President Trump has issued a formal condemnation of the Iranian government following three days of mass […] 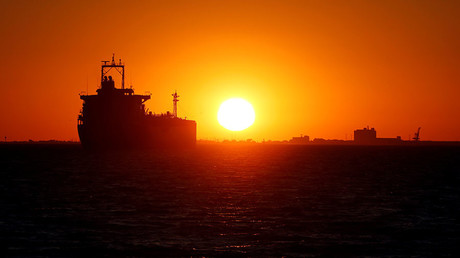 A Panama-flagged ship suspected of selling oil to North Korea in international waters has been seized by South Korea. Such trade is banned by a UN Security Council resolution targeting Pyongyang for nuclear and missile tests. Contaminated Chemo Drugs, The FDA, And Chemical Warfare Against The Public

By Jon Rappoport Chemo drugs are highly poisonous to begin with. But suppose, on top of that, they’re contaminated and tainted? Welcome to the FDA: the handmaiden to Big Pharma; the promoter of destructive medicines; the opponent of natural health; the agency that should have been disbanded and fumigated decades ago. Corruption Central. In today’s… Physicians for Informed Consent Finds MMR Vaccine Causes Seizures in 5,700 U.S. Children Annually Los Angeles, Calif. — The California-based nonprofit organization, Physicians for Informed Consent (PIC), recently reported in The BMJ that every year about 5,700 U.S. children suffer seizures from the measles, mumps and rubella (MMR) vaccine. This finding is derived from results of the most… By Matt Agorist Apple stands accused of breaking a French law which makes it illegal to “deliberately reduce the lifespan of a product to increase the rate of replacement.” SEE: Harvard Study Proves Apple Slows Down Old IPhones In Order To Sell Millions Of New Models After a report and subsequent bombshell admission last week by Apple—that… By Brandon Turbeville, Natural Blaze Because mass media and technology are geared to shift from one topic to the next with no real depth or understanding of the subject matter, the vast majority of people, even those who are generally more intelligent, simply cannot remember important events that took place only a year ago. For that reason,

After a day of clashes in Iran between rock throwing protesters and riot police, who responded with tear gas, at Tehran University, the demonstrations continued after dark and spread..