Iran is declaring war on Israel – from Gaza

Iran is doubling down on its explosive investment in Gaza: Islamic Jihad. An impoverished Hamas faces a militant, rejectionist and increasingly untamable rival, flush with cash and determined to trigger war with Israel

As the dust settles after the last week of escalation between Israel and Gaza, neither Hamas nor Netanyahu have managed to score a substantial victory or breakthrough. However, another political faction in Gaza is steadily ascending to stardom on the back of those latest events: Palestinian Islamic Jihad.

From major disaster, conflicts and under-reported stories, we shine a light on the world’s humanitarian hotspots

By Julia Harte and Tim Reid

The IDF said its tanks hit “a number of positions belonging to the Hamas terror group,” in retaliation for the rocket fire, which capped a day that saw four Palestinians killed in protests along the border.

The Shehab news site, affiliated with Hamas, reported that a tank shelled a position east of Deir Balah in the central Strip at around 3 a.m.

(Natural News) Amherst College, one of the most liberal institutions of "higher learning" in America today, has unveiled a 40-page speech code for students and faculty that explains what they can and cannot say on campus in order to maintain their political correctness.

Created by Amherst’s "Office of Diversity and Inclusion," the … [Read More…]

Socialism is already collapsing in the USA as residents flee New York, Chicago and San Francisco due to non-sustainable economics

(Natural News) What do New York, San Francisco and Chicago all have in common? They’re all willing victims of socialism. The far-left political ideologies that have consumed these cities are now driving them deep into financial ruin — and citizens are fleeing in greater numbers every year. Whether it’s a lack of job opportunity, … [Read More…]

IBM, the same company that provided punch card computing systems to the Nazis, lays groundwork for global “Mark of the Beast” cryptocurrency network

(Natural News) The world is moving increasingly closer towards the type of single global currency system that was prophesied about in the Biblical book of Revelation. And leading the charge with its full-scale implementation is none other than multinational tech corporation IBM, which recently introduced a new financial transaction … [Read More…]

‘We’re Taking on a Monster’: New Film Pulls Back the Curtain on America’s Ugly Abortion Industry

OPINION (CBN News) – The new film “Unplanned” takes the audience inside the abortion industry courtesy of Abby Johnson who was once a passionate pro-choice advocate. As clinic director for a Planned Parenthood in Bryant, Texas, Johnson said she played a part in some 22,000 abortions. The film depicts her emotional decision to quit after watching an abortion via ultrasound. “It’s a little surreal, if I’m honest, to watch

someone play out the worst version of yourself in a film,” Johnson told CBN News in an interview on the set of the film. “But it’s also just a good reminder that God can literally use anything from our past and use it for his glory and use it for his kingdom.” Johnson’s past included becoming one of the youngest clinic directors for Planned Parenthood and a spokesperson for the nation’s largest abortion provider Thousands of protesters have again rallied across France as the Yellow Vest demonstrations show no sign of abating. Despite authorities banning gatherings in many locations, the crowds took to the streets for the 20th consecutive […]

Italy’s Leader Vows to Rescue Europe from Globalism March 31, 2019 1 Italy’s populist leader has vowed to fight the European Union and rescue Europe from the evils of globalism. Speaking at a press conference this week, Italian Deputy Prime Minister Matteo Salvini declared that the EU […]
https://newspunch.com/italys-leader-rescue-europe-globalism/ 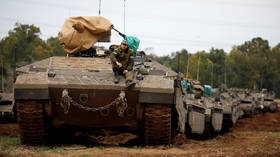 Israeli troops to stay near Gaza, ready for ‘extensive campaign’ if needed – Netanyahu

Israeli military units will remain stationed at the border of the Palestinian Gaza Strip enclave for an unspecified amount of time, and they are ready to wage an “extensive campaign” if needed, PM Benjamin Netanyahu has said. 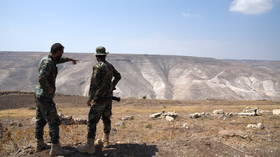 Saudi King Salman said he “absolutely rejects” any steps that would undermine Syrian sovereignty over the Israeli-controlled Golan Heights, after US President Donald Trump recognized the area as Israeli territory. By Dr. Helen Caldicott and Michael Welch The eight year anniversary of the triple meltdowns at the Fukushima Daiichi nuclear facility passed mostly without comment in mainstream media circles. In spite of ongoing radiological contamination that will continue to spread and threaten human health for…

Catholic Church DIVIDE AND CONQUER: Pope Francis Meets With Muslim King In Morocco And Declares That Jerusalem Should Never Belong Solely To The Jews March 30, 2019 Pope Francis and Moroccan King Mohammed VI called on Saturday for Jerusalem to be preserved as a symbol of peaceful coexistence where Jews, Muslims and Christians can be allowed…
https://www.nowtheendbegins.com/pope-francis-meets-with-muslim-king-morocco-declares-jerusalem-should-never-belong-solely-to-jews-end-times/ 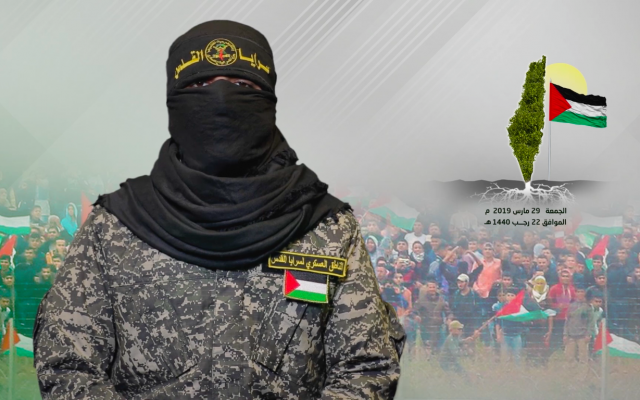 The Islamic Jihad terror group on Friday warned Israel of war if Palestinian civilians were killed at mass protests planned for Saturday.

A spokesman for the Al-Quds Brigades, the Iranian-backed group’s military wing, made the threat after calling for civilians to join the demonstrations in a video posted on the organization’s website. 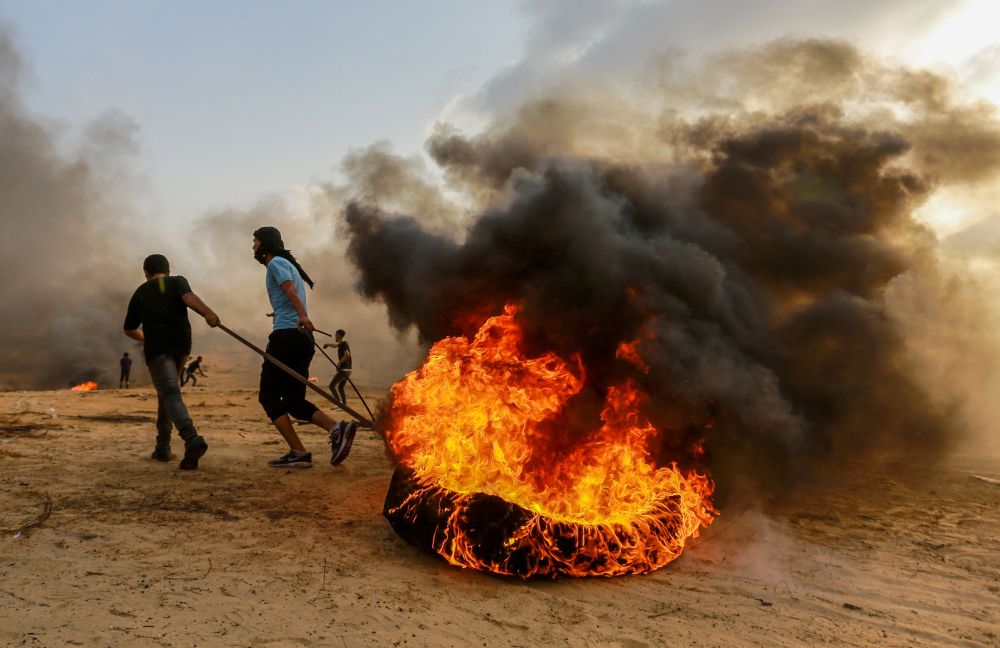 Mar 30, 2019 @ 13:25 15 “Hamas doesn’t want a large-scale military confrontation” is Israeli officials’ favorite term to explain why no major IDF offensive is launched to stop the terrorist plague unleashed from Gaza

Pa. Lawmaker Criticized for Praying in Name of Jesus Before Muslim Sworn in, Quran Reading Applauded

HARRISBURG, Pa. — A lawmaker in Pennsylvania who is also a pastor’s wife is being criticized for repeatedly praying in the name of Jesus prior to the swearing in of an…

Tornado
Back in May 2018, the Cheyenne, Wyoming tornado hurled cows through the air. Here’s the video: Reed Timmer explains: “Large, strong tornado…

Alaska residents accustomed to subzero temperatures are experiencing a heatwave of sorts that is shattering records, with the thermometer jumping to more than 30 degrees Fahrenheit above normal in some regions.
"Both February and March have been exceptionally warm," Rick Thoman, a climate specialist with the Alaska Center for Climate Assessment and Policy, told AFP.
"Many places are on their way to their warmest March on record."
He said that cities and towns in the northern half of the state, including Wainwright, Nuiqsut, Kaktovik and Barrow (also known as Utqiagvik), could see temperatures soar 25 to 40 degrees Fahrenheit above normal this weekend as the warm trend continues.

OPINION (CBN News) – Rob Marshall, the openly gay director of Mary Poppins Returns, says the next installment of the classic film should promote LGBTQ rights. Marshall spoke with The Advocate and argued Mary Poppins is a platform for social and cultural movements. The first Mary Poppins film starring Julie Andrews depicted the mother, Winifred Banks, as a member of the woman’s suffrage movement. The second film starring Emily Blunt featured Winifred’s daughter, Jane, as an advocate for labor rights. “I wanted to

root it in a real place. That’s why Jane works for the rights of workers. This is the ’30s, the Depression era when it was the great slump. There was a sadness in the world and (Mary Poppins) needs to come back,” Marshall said. The director hopes the next generation of Mary Poppins champions LGBTQ rights. “Our movie takes place in the ’30s. But if it were to take place now, that’s exactly what it should be,” Marshall said. “I understand so deeply what it’s like to be on the outskirts and not feel like you are worthy.

Mexico braces for “mother of all caravans”

(AP) — Mexico is bracing for the possible arrival of the “mother of all caravans,” even as doubts arise over whether the group of Central American migrants will be all that big. Interior Secretary Olga Sanchez Cordero has said a caravan of migrants from El Salvador, Honduras and Guatemala could be forming. “We have information that a new caravan is forming in Honduras, that they’re calling ‘the mother of all caravans,’

and they are thinking it could have more than 20,000 people,” Sanchez Cordero said Wednesday. But a WhatsApp group calling for people to gather Saturday in El Salvador to set off for Guatemala only has about 206 members. Activist Irineo Mujica, who has accompanied several caravans in Mexico, said reports about “the mother of all caravans” were false, claiming “this is information that (U.S. Homeland Security Secretary Kirstjen) Nielsen is using to create fear.” WW3: US Hints at Deploying Troops to Venezuela in Russia Showdown

The U.S. military could be deployed to Venezuela, as the White House confirms “all options” are still on the table with regards to Russia’s presence in the country. Earlier, the Trump administration criticized the arriva By Dagny Taggart Warning: If you care about parental rights, this story will infuriate you. On February 25, a pregnant mother took her 2-year-old son to the Southwest College of Naturopathic Medicine clinic in Tempe, Arizona because he had a fever of over 100. The…