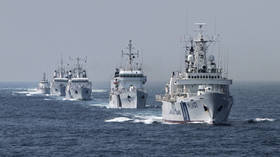 New Delhi has beefed up security and surveillance along its maritime borders, reportedly to catch any terrorists fleeing to India from neighboring Sri Lanka, where 290 people were killed in the series of attacks on Easter Sunday.