Ottawa is fighting massive spring floods that hit areas along the Ottawa River on Friday, April 26, 2019. A state of emergency has been declared in at least 14 communities in the region.

The still-rising Ottawa-Gatineau region’s 2019 spring floods are officially the worst on record in some areas along the Ottawa River, with more records poised to fall as the river keeps rising over the next three days. 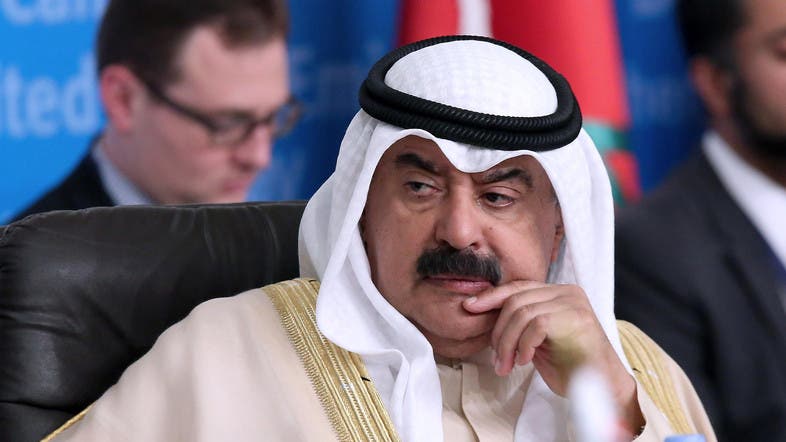 Text size A A A

Kuwait is looking at Iranian threats to block the Strait of Hormuz with concern, the Kuwait News Agency (KUNA) on Sunday quoted Deputy Foreign Minister Khaled al-Jarallah as saying.

KUNA said Jarallah was commenting on tensions in the region after Iran’s Revolutionary Guards made a threat to close the strategic waterway.

“We are looking at these threats with concern, and hoping as always to distance our region from this tension," KUNA quoted him as saying. 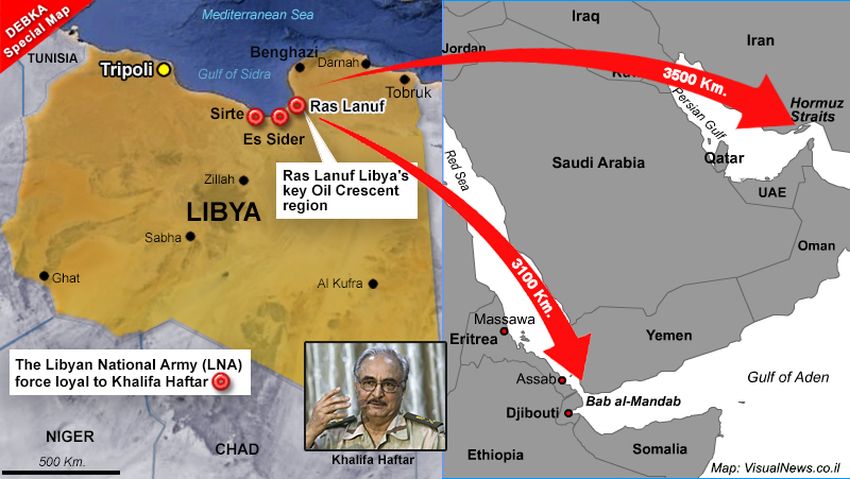 Apr 29, 2019 @ 8:12 Diane Shalem 11 Five of Iran’s top leaders have threatened to close the Strait of Hormuz to oil traffic. Why is President Donald Trump unfazed in his resolve to tighten sanctions on

The U.S. Navy sent a not-so-subtle message to adversaries in the form of a dual-carrier, multi-national operation this week in the Mediterranean Sea.

Carriers USS John C. Stennis (CVN-74) and USS Abraham Lincoln (CVN-72) and a collection their escorts, airwings and warships from Spain, the U.K. and France came together for several days of exercises as the carriers crossed paths in the Med.

The exercise also included a visit this week from U.S. ambassador to Russia Jon Huntsman, who stressed the message the two-carrier exercise was transmitting from Washington.

“When you have 200,000 tons of diplomacy that is cruising in the Mediterranean — this is what I call diplomacy. This is forward-operating diplomacy, nothing else needs to be said,” he told CNN.

Google Tracks Your Location And Shares It With Police, Even When Your Phone Is Off

en if you disable GPS, deactivate phone location tracking, and turn off your phone, it’s still possible for Google and the NSA to monitor your every move. 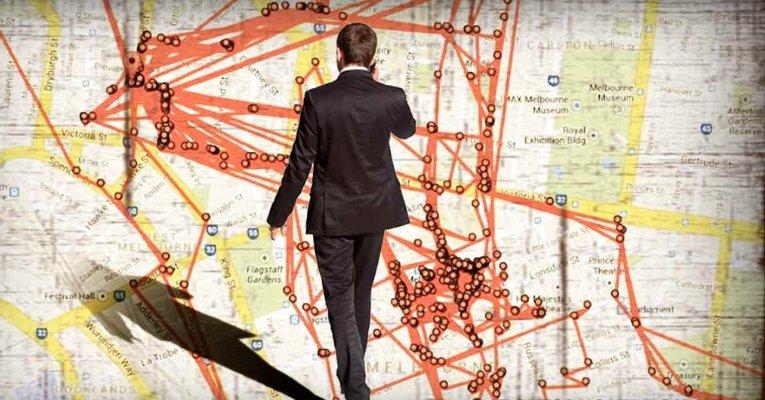 Over the last two decades, cell phone use has become an everyday part of life for the vast majority of people around the planet. Nearly without question, consumers have chosen to carry these increasingly smart devices with them everywhere they go. Despite surveillance revelations from whistleblowers like Edward Snowden, the average smart phone user continues to carry the devices with little to no security or protection from privacy invasions.

Insane anti-Trump movement has now merged with Satanism, proving that Leftists are the REAL evil in America

(Natural News) For decades the progressive Left in America has increasingly denounced and denigrated our Christian heritage and cultural moorings, so it should come as no surprise that a growing number of them are finding a home in a new ‘church’ that seeks but one thing: To undermine and circumvent Christianity.

(Natural News) "Frankenscientists" hailing from the communist "paradise" of China have successfully inserted human brain genes into live monkeys, creating a real life "Planet of the Apes" scenario with the world’s first half-human, half-ape hybrid being.

Using a special gene-editing technique they developed, the Chinese researchers were … [Read More…]

The measles outbreak is a massive false flag; nearly all outbreaks are caused by infected migrants, not American children

(Natural News) "Think about how cold-blooded it is, that the bureaucrats and the UN and the globalists that control our government, opened our borders and told the entire Third World, filled with diseases, to pour into our nation," reports Alex Jones in a bombshell new video called "The Measles Outbreak is a Giant False Flag and … [Read More…]

The most catastrophic West Coast earthquake in human history is ready to be unleashed: “Cascadia subduction zone”

(Natural News) The West coast could soon be transformed by a devastating mega-earthquake — but not where you might expect. The San Andreas Fault may be the most famous fault line, but experts say that the Cascadia subduction zone now poses an even bigger threat. According to reports, the next full-margin rupture along Cascadia will be the … [Read More…]

(Natural News) As opioid addiction continues to ravage the United States, bleeding heart liberals continue to encourage the problem with so-called "tolerance" policies. No one would argue that drug abuse is a terrible problem to face, but there are growing concerns about the message sent by certain actions.

In many areas, corrupt … [Read More…]

OPINION (Daily Star) – Three hundred and fifty-nine people were killed in the devastating Easter weekend blasts, and more than 500 were injured. UK cops have already revealed they are monitoring churches and “specific communities” across the country – but the US may be at greater risk. David Otto, counter-terrorism and organized crime expert at Global Risk International, has warned of copycat attacks in the wake of the slaughter. He told Daily Star Online: “Any Daesh or al-Qaeda sleeper cell in the US will see this as a

tactic worth copying but the conditions in the US and other Western states are different from that of Sri-Lanka, with a long history of Liberation Tigers of Tamil Eelam (LTTE) terrorist activities. Mr. Otto added: “Terrorist groups have a tendency to copy each other, especially when a particular attack has the desired impact in global coverage. “The nature of the coordinated hard and soft attack and the multi-national death toll may just be the signal needed for other jihadist groups and sleeper cells to strike the enemy from wherever they are.” Democrat Illinois state Rep. Dianna Pappas believes men should be castrated and charged money to store their sperm as a way to prevent abortions.

Pappas had met with pro-life critics of the Reproductive Health Act, one of whom recounted the extraordinary meeting and her statements on the Wayne Township Republican website:

“We tried to keep politics out of this equation, as we were here to represent the parish members for Pro-Life. I personally, introduced myself as a business owner, who is a licensed insurance agent. Two minutes into the discussion, she revealed her views on the topic and how we won’t be able to change her mind,” Jackie Hayden wrote.

“Her eyes connected with mine and she said, ‘You know ladies, with technology the way it is, we wouldn’t have an abortion problem if we applied a plan. Now, I’ve been told it’s a bit radical, but if we allowed men to be castrated, took the sperm to the bank, collected tax dollars on it for storage, then when it’s time, to have the man decide he’s ready to begin a family…. well then problem is solved!’”

Sri Lanka Bans Burqas Following Easter Bombings April 29, 2019 2 The government in Sri Lanka has banned all face coverings, including burqas and niqabs, one week after the Easter bombings that killed over 250 people. Sri Lankan President Maithripala Sirisena announced on Sunday that the […]
https://newspunch.com/sri-lanka-bans-burqas-following-easter-bombings/ 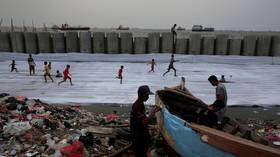 The world’s fourth most populous country Indonesia looks set to move its capital city away from flood-prone, sinking and overcrowded Jakarta to elsewhere on the Asian archipelago, according to the country’s planning minister.

An unusually strong late-season snowstorm hit parts of United States on April 27 and 28, 2019, dropping heavy snow and causing hundreds of flights to be canceled.

The Weaponization Of Phobias, By Homosexual, Trans People and The Left

Phobias are a form of anxiety disorder, defined by a strong and irrational fear…

State of emergency for Canada with some water levels expected once every 1,000 years and the worst is yet to come in unprecedented flooding

Flood-weary communities in Manitoba, New Brunswick, Ontario, and Quebec are preparing for a critical weekend as rising water levels force thousands to evacuate their homes. Rain is expected in Ontario’s cottage country, stretching east into Quebec and Atlantic Canada. Montreal, Ottawa and many smaller communities have declared states of emergency, prompting the federal government to deploy hundreds of soldiers to help with sandbagging and other relief operations. "We’re all just putting our shoulder to the wheel in the most effective way, to make sure that the personnel and the resources are available to fight the immediate disaster," Public Safety Minister Ralph Goodale said. But worried residents are watching as water levels rise fast, with little respite in sight. "We are watching the next system, possibly Wednesday into Thursday another huge system that will be sweeping across southern and central Ontario and southern Quebec," Gerald Cheng from Environment Canada told CTV Toronto. The worst is yet to come for Ottawa according to Patrick Nadeau, executive director of Ottawa Riverkeeper, which works to protect the Ottawa River and its tributaries. "What we’re seeing for the Ottawa area right now is that the peak is set to come around Monday or Tuesday," he told CTV News Channel. The city issued a state of emergency on Thursday. "Those levels could be over half a metre from what we’re seeing right now." Despite a night that gave Ottawa a break from the rain, water levels around the capital region are expected to rise half a metre higher than they did during a 2017 flood that was thought to have been a once-in-a-century event. Brian Streatton, engineering manager at the Rideau Valley Conservation Authority, told CTV News Channel that the river is the highest it’s ever been. "People that live along the Ottawa River from Ottawa down to Montreal are getting flooding at the highest level we’ve ever seen," he said.

A man was detained for questioning in relation to a “shooting incident” at a Southern California synagogue on Saturday that left at least one person dead and several injured, authorities said.

One woman died from her injuries, the sheriff’s department said in a news conference. Others injured included two men and a female juvenile who are all in stable condition, they added. 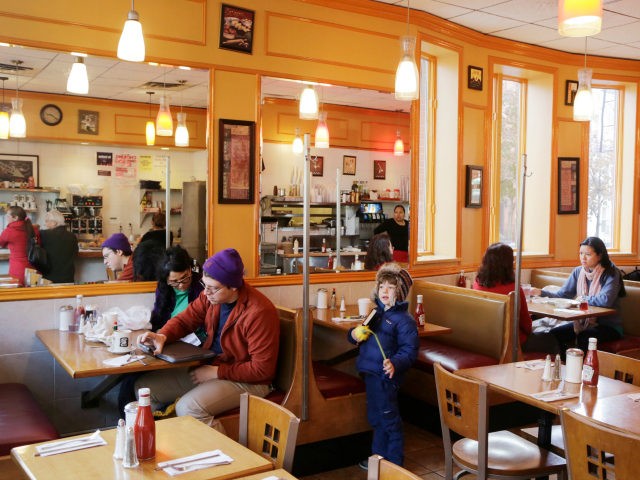 An initiative among restaurants in California will charge customers a one percent tax to combat global warming.

The Restore California Renewable Restaurants movement will attempt to force customers to pay a little extra to grow a public fund that will supposedly be used to reduce carbon emissions. The fund will reportedly pay farmers $10 per ton of carbon emissions they eliminate from their operations, according to the Hill.

These first measures would have restaurants automatically putting the one percent tax onto everyone’s bill but will also allow restaurants to remove the tax if customers complain that they do not want to pay it.

U.S. general says will have what’s needed to stop any dangerous act by Iran

(Reuters) – U.S. Central Command chief General Kenneth McKenzie said on Saturday that the United States will have the necessary resources to stop Iran from “taking any action that might be dangerous,” Sky News Arabia reported.

The Abu Dhabi-based television channel cited McKenzie as saying “we communicate with our allies and friends in the region to ensure that we are united against the Iranian threat,” according to alerts in Arabic by the channel. The U.S. general was also cited as saying that reducing the number of U.S. troops in Syria will be done cautiously.