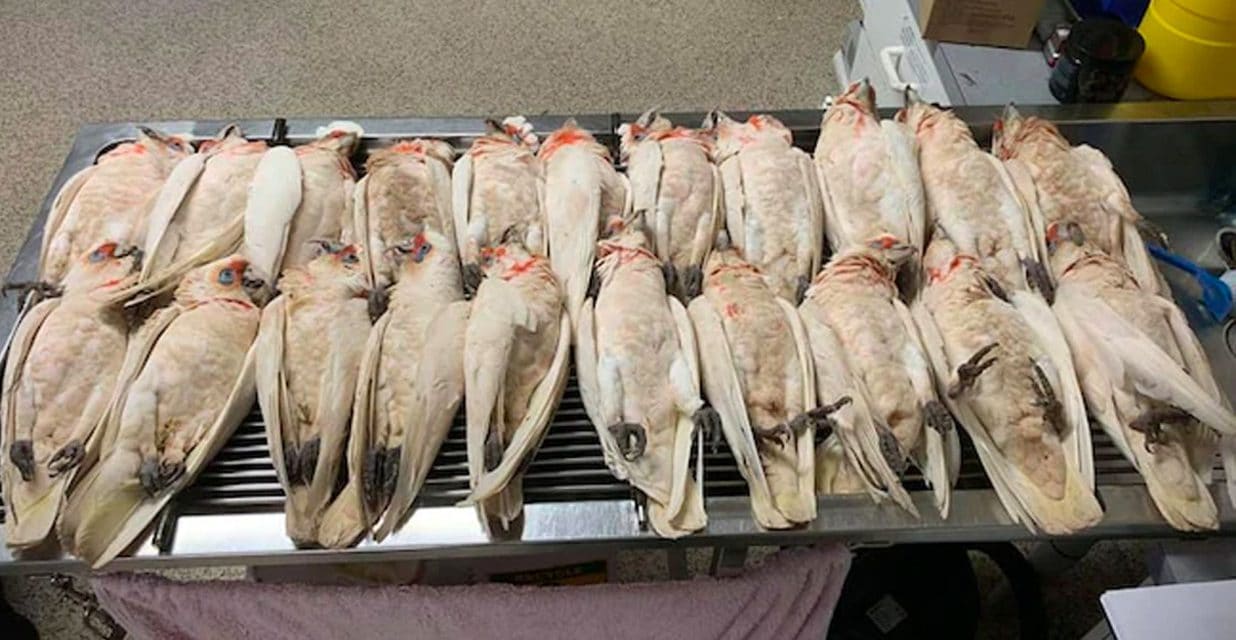 (NYP) – It could have been a scene out of an Alfred Hitchcock fright film — but it was happening in real time. So say bird rescuers who found a chilling scene in South Australia this week when birds were “falling from the sky” and subsequently discovered in trees and on the ground, bleeding from their beaks and eyes. More than 60 corellas — a species native to the continent — have died since being found in the town of Adelaide Tuesday and Wednesday.

Of those, the vast majority were long-billed corellas, a protected species in Australia, while a few were little corellas — an unprotected species considered by many to be a pest that deserves “gassing.” The unlawful killing of long-billed corellas, however, is an offense punishable with fines or jail time. Although some of the birds found alive were taken to veterinarians, they couldn’t be saved, the BBC reports. “The scene looked like a horror movie,” Sarah King, founder of a bird rescue group that sent a staffer to the incident, tells the outlet.