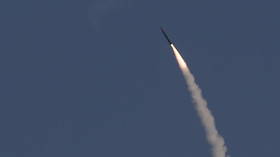 As the world is abuzz with speculation over Israel’s shadowy “rocket propulsion system” test, Tehran bluntly claimed that the projectile it fired from a base south of Tel Aviv was actually a nuclear-capable missile aimed at Iran.