Media Glamorizes ‘Polyamorous’ Relationship of One Woman and Four Guys 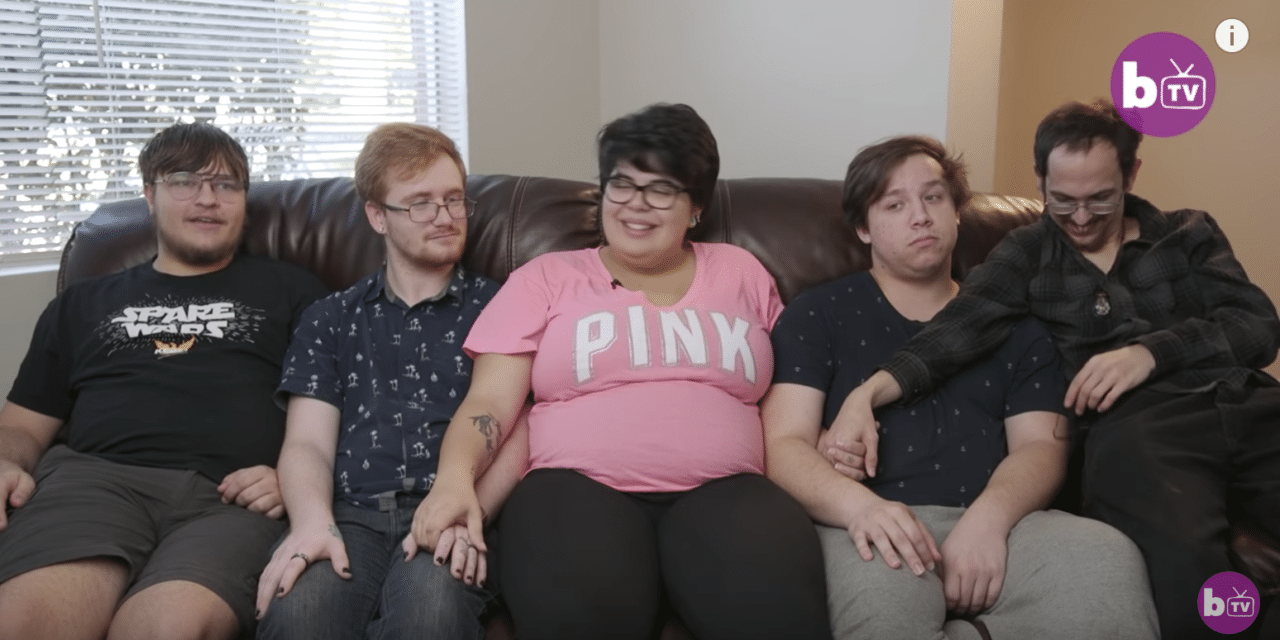 (OPINION) FaithWire – For years, the LGBT community has pushed the slogan “Love is Love” without much afterthought. On the surface, the slogan has a powerful appeal as evidenced by the millions of people who have adopted the phrase and used it quite liberally on social media. People defiantly challenge, “who are you to tell me who I can love?” That logic seems appropriate until society begins really testing the boundaries of acceptable relationships. Take, for example, this feature from Barcroft TV posted to YouTube this week that features one (now pregnant)

woman who is in a relationship with not one, but four guys, in a segment titled “love don’t judge.” They call it a “polyamorous” relationship and in the video, they discuss the “challenges” of living such a lifestyle. “The relationship would best be described as Tori as the hub and all of us as the spokes,” Marc says as he tries to explain the dynamic. “They’re all more than welcome to have another partner if they so choose but as of currently, no. Honestly, I would love it if someone found a second partner,” Tori adds with a chuckle, before lamenting the challenges of trying to give four guys attention