Why is the government so maniacal about injecting vaccines?

Consider this article in light of the accelerating push to mandate and enforce vaccination across the planet.

The reference is the New York Times, 3/9/2015, “Protection Without a Vaccine.” It describes the frontier of research. Here are key quotes that illustrate the use of synthetic genes to “protect against disease,” while changing the genetic makeup of humans.

This is not science fiction:

“By delivering synthetic genes into the muscles of the [experimental] monkeys, the scientists are essentially re-engineering the animals to resist disease.”

African Swine Fever is the greatest threat to global food production that we have seen since World War II ended. As you will see below, the disease has now spread “to every province in mainland China”, and it has now infected “an estimated 150-200 million pigs”. To put that number in perspective, that is more pigs than the entire U.S. pork industry produces in an entire year. In other words, the equivalent of the entire U.S. pork industry has just been wiped out. On top of that, African Swine Fever has also spread to Cambodia, Tibet, Romania, South Africa and Vietnam. The losses are staggering, and this crisis continues to get worse with each passing week.

Earlier today I came across a Canadian news article entitled “Why bacon could get a lot more expensive”, and in that article a Canadian expert claimed that there are “tens of millions of pigs who have disappeared” in China…

“The meat of choice in China is pig and disease has been devastating for them,” Friendship said. “They have lost a lot of pigs and they will be doing lots of culling.”

Self-discipline is essentially the same as self-control, one of the nine fruits of the Spirit listed…

April has been an EXTREME, RECORD-BREAKING weather month from Coast to Coast in the US

Earth Changes
April 2019 has brought plenty of extreme weather across the United States, including record-breaking rain and snow and a state record tornado outbreak for any time of year. Here’s a look…

Spectacular rotating supercell that almost swallowed up the city of Amarillo, Texas looks like an alien spaceship

Cloud
On April 27, 2019, a huge rorating supercell dangerously approached the city of Amarillo in Texas. And it truly rotated and looked like alien spacecraft hanging over the Earth. Spectacular:

Credit cycloneoi.com
Tropical Cyclone Fani is forecast to become a formidable cyclone in the Bay of Bengal and is likely to pose a danger to parts of eastern India and Bangladesh late this week.
Cyclone Fani is expected to intensify into an “extremely severe” storm as it heads toward the coast of the eastern Indian state of Odisha, the India Meteorological Office said on Tuesday.
According to Reuters, the storm is currently in the Bay of Bengal about 690 km (414 miles) east-southeast of Chennai and moved north-northwest at a speed of 16 km per hour (10 miles per hour) over the past six hours, the office said.
Fani is generating maximum sustained winds of 85 knots, or about 157 kph (98 mph), according to a storm advisory from the U.S. Navy’s Joint Typhoon Warning Center.
The India Meteorological Office has forecast heavy rainfall in Odisha and in some parts of the state of Andhra Pradesh in the next few days.

WASHINGTON — The Israeli ambassador to the United States linked The New York Times to the “Jew-hatred of growing parts of the intellectual class.”

Ron Dermer was speaking Monday in the U.S. Capitol at the annual Holocaust Days of Remembrance organized by the U.S. Holocaust Memorial Museum.

It was an unusually political attack on a day and at an event organized by an institution that generally focuses on the historical meaning of the Holocaust.

Dermer listed recent lethal attacks against Jews, including Saturday’s deadly shooting at the Chabad of Poway, a suburb of San Diego. His remarks were posted on his Facebook page.

When we talk about abortion, our focus is first and foremost on the baby in the womb, rightly so. We also realize the destructive impact abortion can have on the mother. But what we often forget, is how devastating abortion can be to the fathers as well.

Dangerous Rise Of Anti-Semitism All Over The World, Including The Church

After what we witnessed during the 1930s and 1940s, you would think that the world would never want to go down that path ever again, and yet it is happening. Millions upon millions of people deeply hate the Jewish people just because they are Jewish, and it is getting worse with each passing day.

(Natural News) New York City made waves when it recently approved its “Green New Deal,” which will see the amount of red meat that is served in municipal facilities slashed by half with the aim of combating climate change. It will be the first city in the world to adopt such a policy.

Under the $14 million deal, meat purchases should be … [Read More…]

(Natural News) Boy Scouts of America is now facing their biggest scandal yet: Nearly 8,000 Scout leaders stand accused of sexually abusing over 12,000 children. And that may just be the tip of the iceberg. Rumors about rampant abuse within the Scouts have been circulating for quite some time, but recently revealed court documents show that … [Read More…]

(Natural News) Though it pretends to be an unbiased source of factual information maintained by "the people," Wikipedia has once again been exposed as a Leftist propaganda outlet for pushing fake news about the revelations contained in Special Counsel Robert Mueller’s investigation into alleged Russian interference in the 2016 presidential … [Read More…]

After poisoning its own citizens with mandatory vaccines, Australia now murdering millions of cats with poisoned sausages

(Natural News) Not content to stop at poisoning its own citizens by forcing them to get toxic vaccines, the country of Australia has now taken to murdering millions of feral cats. The country is currently on a killing spree, airdropping frozen sausages that contain a deadly poison that unsuspecting felines ingest, causing them to … [Read More…]

(Natural News) Proving yet again that the left-wing media is steeped in fake news and staged events, NBC News with Lester Holt has been caught broadcasting a faked measles photo that relied on Photoshop to add "measles" splotches to the photo of a healthy baby. (See proof, below.)

OPINION (CP) – Pastor Craig Gross is a fan of weed. He’s not quite a heavyweight user like rapper Snoop Dogg or the legendary Willie Nelson, but he does confess to having developed a comfortable relationship with the psychoactive drug he testifies has taken him to higher levels of worship. “I went to Coachella and saw one of my favorite artists that I’ve ever seen and I used marijuana before seeing him. It was amazing,”

Gross tells The Christian Post. “I’ve never lifted my hands in a worship service ever, ‘cause I was raised Baptist. … I’ve done that in my bathroom worshiping with marijuana by myself.” Often recognized as the founder of XXXchurch in Pasadena, California, a ministry that empowers individuals to break free from their pornography addictions, Gross has embarked on a new controversial mission: to sell and promote marijuana for Christians through a new venture called Christian Cannabis.

(AP) — Venezuelan opposition leader Juan Guaidó took to the streets with activist Leopoldo Lopez and a small contingent of heavily armed troops early Tuesday in a bold and risky call for the military to rise up and oust socialist leader Nicolas Maduro. “I want to tell the Venezuelan people: This is the moment to

take to the streets and accompany these patriotic soldiers,” said Lopez, who had been detained since 2014 for leading anti-government protests. “Everyone should come to the streets, in peace.” Lopez said he has been freed from house arrest by members of the security forces responding to an order by Guaidó, whom the U.S. and dozens of other governments recognize as Venezuela’s rightful leader.

THE ruthless Saudi government is beheading so many people it needs to recruit a deadly new squad of sword-wielding executioners. The news comes after it slaughtered 37 people in one bloody day last week meaning it is now tipped to kill a record number of its citizens in 2019. Abortion activists are trying to save face by accusing President Donald Trump of lying about infanticide.

Finland Cozies Up to Iran

The Media Cheers Government Censorship of the Internet

What the media’s response to Sri Lanka’s social media shutdown says about its real agenda.

Daniel Greenfield, a Shillman Journalism Fellow at the Freedom Center, is an investigative journalist and writer focusing on the radical Left and Islamic terrorism

After Muslim terrorists murdered hundreds of Christians, the Sri Lankan government responded, as it had during clashes between Muslims and Buddhists last year, by shutting down social media.

The Sri Lankan government’s justification for the shutdown was that "false news reports" were being spread through social media. This excuse closely echoed the argument that the media in the United States had been making in its push for censoring Facebook after Trump’s victory to fight “fake news”.

The designer baby debate could start a war 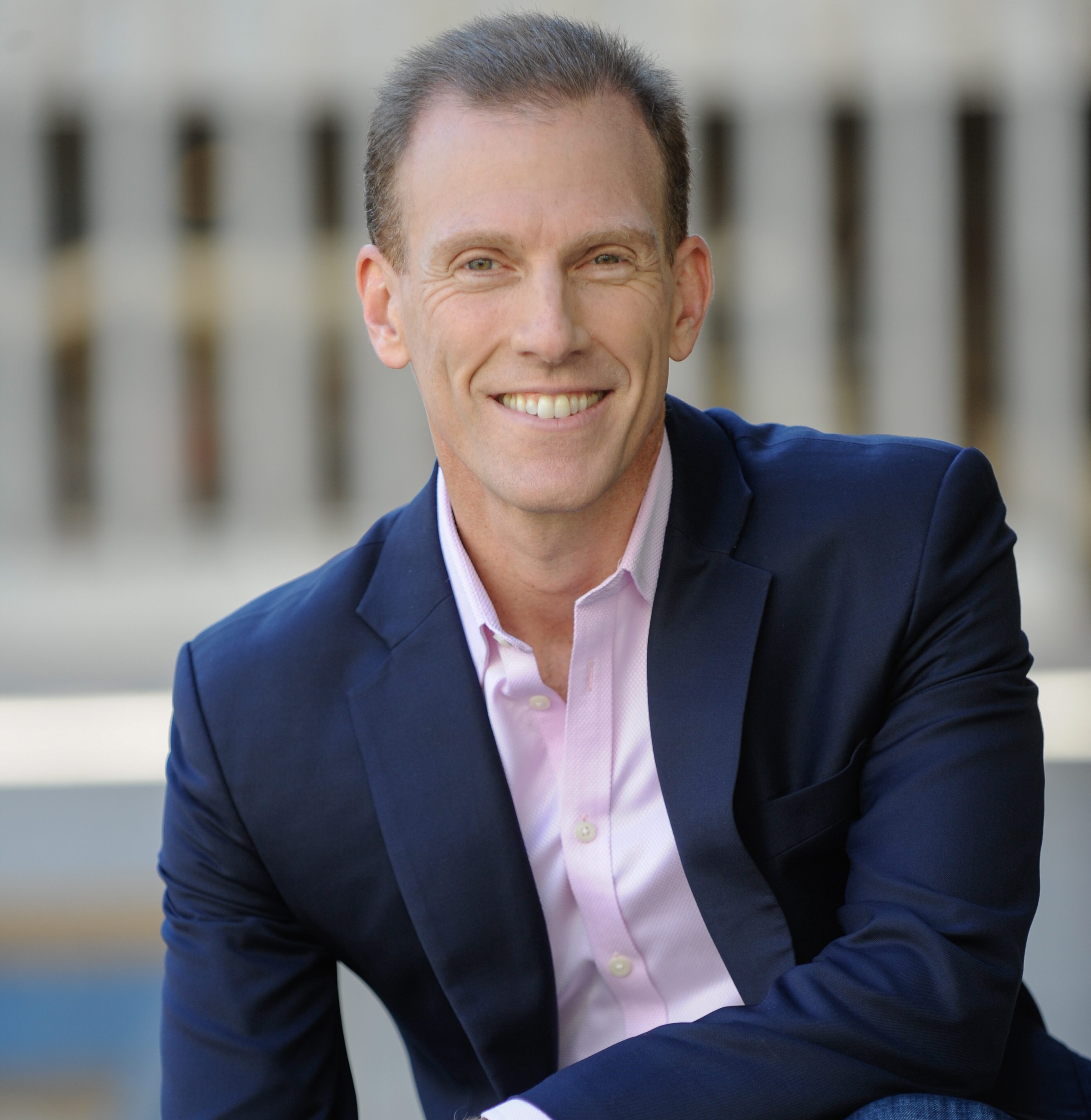 Author of "Hacking Darwin: Genetic Engineering and the Future of Humanity"

The genetics revolution that will transform our health care, the way we make babies, the nature of the babies we make, and ultimately our evolutionary trajectory as a species has already begun. Just like parents in many places will need to make tough choices about whether, if at all, to genetically engineer their children, states will be forced to make monumental collective decisions on these issues with potentially fateful consequences.